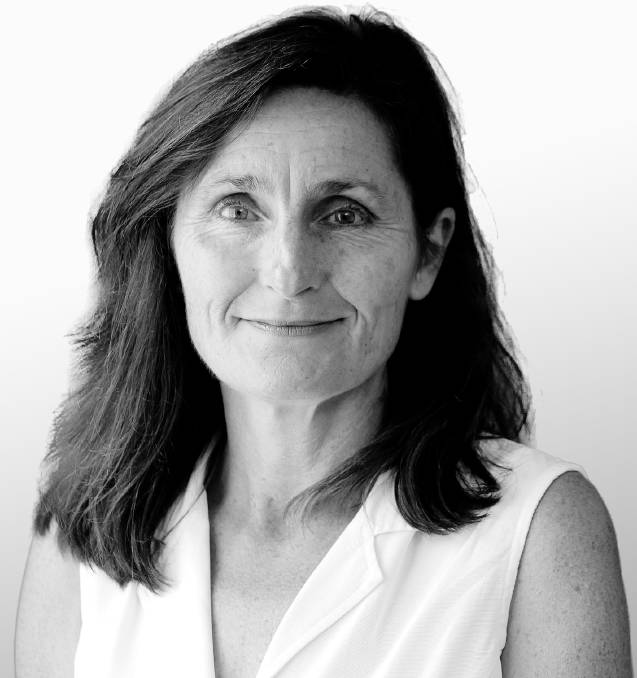 FATHERHOOD settled on my youngest son’s shoulders about 10am on Wednesday, in the second or so between his baby daughter’s birth and her first spirited cry.

“It was the best sound I’ve ever heard in my entire life,” he said a couple of hours later. He was standing with the baby in his arms at the time – all gangly height and wonder at the tiny sleeping bundle whose welfare, safety, future and life was suddenly his responsibility.

You can read every parenthood book going. You can watch every video. You can babysit friends’ children or grow up with sibling babies underfoot for years, as I did, so that you think you’ve got the whole deal down pat.

But nothing prepares you for parenthood like those seconds after a baby’s birth when you will that first tiny sound of life into being. It’s only after it happens that you realise you’ve stopped breathing yourself, you’ve lost a sense of yourself, until an extension of you that is separate and so vulnerable takes a first breath.

He was standing with the baby in his arms at the time – all gangly height and wonder at the tiny, sleeping bundle whose welfare, safety, future and life was suddenly his responsibility.

My son’s partner closed her eyes as she talked about the relief she felt when the baby made that first cry, and how surreal it was to see the baby in my son’s arms. The pregnancy has not been as straightforward as we would have liked. It was only after the baby arrived safe and well, and my daughter-in-law radiated a smile that said she was fine, that we dared admit, with relieved smiles rather than words, the anxiety that built up between each text message progress report from my son.

He was born 30 years ago last June. A Bicentennial baby and our third son. He was the first baby born at Gosford Hospital in that month of June – a record-breaking month for new babies at the hospital, that has probably been eclipsed many times over since then.

He was born relatively quickly. I remember walking down a hall to find a shower after I was turfed unceremoniously out of the delivery room because of the number of labouring women needing the suite.

Thirty years later I sat on the seventh floor of a brand new section of the hospital trying to admire the view while the most laid-back of my sons started a new part of his life.

And so to Father’s Day on Sunday.

It hit me, as I sat in that hospital corridor, what it must feel like to be a man waiting for his partner to have a child. When you’re a pregnant woman carrying a baby you are never in any doubt about what’s going on, that it is another life inside you. And if you do forget for a second a swift internal kick to the ribs by a dancing bub leaves you in no doubt there’s two of you sharing your body.

As the grandmother you have a direct lineal connection with the baby but there is an unreality about it, until the first sight of a little crumpled face. Nothing would have stopped my sons’ father from being at their births but he talked about the helplessness of watching, until the extraordinary relief of knowing everything had gone well. For the past week or so my son has given a shrug and a smile in response to questions from family and friends about whether he is ready to be a parent. How do you answer that? He only knew he felt an extraordinary rush of love and relief when his daughter cried into life.

Another thing struck me as I sat in that corridor. I was born in Gosford Hospital 58 years ago. My 10 siblings were also born there. But my late father, who did not live long enough to see his two great grandchildren born, did not see one of his children being born either. He went to his grave – a loving, sweet, nurturing father – denied the opportunity to witness childbirth because that’s how it was back then. Women were whisked away and men waited outside for the news.

My son is taking paternity leave. He spent the first couple of nights of his daughter’s life in the hospital room with his partner and the baby as a new family.

His father and I were fortunate enough to be in jobs where we could share raising them. My father worked as a bricklayer and my mother largely stayed home during my childhood, because that's what people did then.

One of my brothers was full time carer for his children while his wife worked because her job paid more. Another of my brothers works in the boofier part of a section of government. While men in the white collar part of that government routinely take paternity and carers’ leave, at the boofier end that wasn’t quite what blokes did. Then my brother took time off to care for his daughter while his wife went back to work, and suddenly other men in the blue collar area started taking paternity leave too.

I work with men and women who put their children first by taking time from work to coach them in sport or attend school events and I love it every time it happens.

One of the most poignant events I’ve attended in the past couple of years was a dinner to mark the anniversary of the death of a brilliant Australian journalist who died too young. There were speeches from his media colleagues about his dedication, his determination, his demand for excellence. There is no doubt he achieved great things and set a very high standard for others to follow.

And then his adult children spoke. They were eloquent, they were loving, but they had a very different story to tell of a father who adored them, but whose work kept him away from them too often until he died of a heart attack in his 40s.

Father’s Day will have a special poignancy for us this year because of the baby – the first grandchild in our little nuclear family and the first niece for my two older sons and their partners.

It is a difficult day for many, just as Mother’s Day can be fraught. Parents can struggle with the legacies of how they were parented. And in the end it is a leap of faith – glorious, exhausting, frustrating, fulfilling and revelatory, with the hope that each generation can do it a little better than the one before.