Skip to navigationSkip to contentSkip to footer

AS debate around whether or not Wombat Forest should be given national park status continues, one group argues there is no other way to ensure its protection now and into the future.

In March 2017, the Victorian government requested the Victorian Environmental Assessment Council (VEAC) carry out an independent investigation into the public land in the central west of the state.

This investigation included the Wombat State Forest, which is located on the Great Dividing Range, between Daylesford and Woodend.

The Central West Investigation, as it is known, was the first assessment of public land that had been carried out in more than 30 years.

VEAC was enlisted by the Minister for the Environment to identify and evaluate the values and uses of public land within the investigation area.

Based on these evaluations, VEAC has made recommendations for the balanced use and management of public land to ensure its natural resources are protected.

Since the recommendations were released earlier this month, debate has been fiery between land users. This is the view of Wombat Forestcare, who agrees with VEAC’s recommendations. Convenor of Wombat Forestcare, Gayle Osborne, said the Wombat Forest was a large area of intact native vegetation in a very cleared landscape.

“It plays an important role for the conservation of many fungi, flora and fauna species as well as being a critical water catchment,” she said.

Ms Osborne said the difference between a National Park and a State Park was vital in understanding VEAC’s recommendations.

“A national park means the forest is protected, while a state park is managed for its resources, meaning mining and logging may occur,” she said.

“A primary purpose of a national park is to protect biodiversity and act as a refuge for threatened species and we have long known that the Wombat, which forms a significant part of the only largely intact native vegetation in central Victoria, fulfills this role.”

Ms Osborne said the recent debate regarding the recommendations for a national park status for the Wombat ignored the recommendation for the creation of a Wombat Regional Park, which would comprise of 9149 hectares.

“This park would be in two sections where there is already high recreational use, one stretching from Trentham to Blackwood and the other in the east of the Wombat around Firth Park,” she said.

“This would allow for many activities including domestic firewood collection, bush walking, dog walking and horse riding.”

The Wombat Forest is a large area of intact native vegetation in a very cleared landscape and plays an important role for the conservation of many fungi, flora and fauna species as well as being a critical water catchment.

Ms Osborne said the recommendations were welcome as a way to protect the populations of endangered species which inhabit the forest.

She said Wombat Forestcare had been recording numbers of greater glider and powerful owl through its monitoring program, which involved installing cameras throughout the forest. This had resulted in population numbers being added to the Victorian Biodiversity Atlas, which VEAC drew on in making its recommendations.

Ms Osborne said it was great to see VEAC recognise the importance of ensuring creatures such as greater gliders and powerful owl were protected.

“Greater gliders are perhaps one of the Wombat’s most exotic creatures; this endearing fluffy animal is the size of a cat with a very long tail and can glide 80 metres,” Ms Osborne said.

“Another iconic species is the powerful owl, which requires a large home range to hunt for prey. Both these creatures are listed as vulnerable. That is vulnerable to extinction.”

“The new national park would encompass high conservation areas that will protect greater gliders and breeding powerful owls. If we want these creatures to flourish, their habitat needs to be protected.”

“The wombat leafless bossiaea is endemic to the Wombat and is found in only a few locations. This means that the Wombat is the only place on the planet where this plant occurs,” she said.

She added that VEAC recognised the importance of the Wombat as the headwaters for seven major rivers, which meant the creation of a national park would provide improved water supply security for several of western Victoria’s rivers. 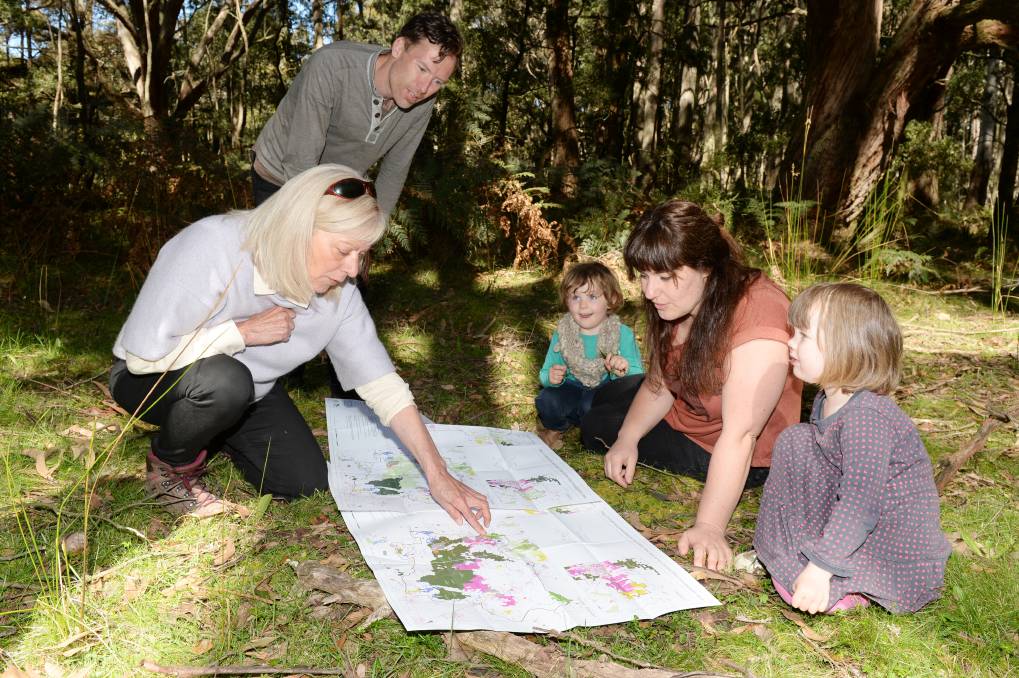 Ms Osborne said the main reason she wanted a national park was to prevent the Wombat from slipping back into the state it was before restrictions were put on logging in the forest.

In 2017, VicForests intended to recommence sawlog harvesting in the Wombat.

“This is now on hold until the VEAC inquiry is completed, but without the protection of a park structure, the Wombat will again be logged.

“You only have to look at the Strathbogie Ranges where greater glider habitat is being logged to be alarmed that logging could again occur in the Wombat Forest,” Ms Osborne said.

“We shouldn’t have to be battling to protect the forest.”

The future of the forest:

Ensuring the forest will still be there for their children to enjoy is something which is important to both Miriam Rotstein and Ivan Carter.

Ms Rotstein said that with the estimate of climate change being 22 years away, meaning her son will be 26 years old, keeping the forest standing and ensuring its longevity is important to keep the area in a good state in terms of a future carbon situation.

Allowing the Wombat to continue to rejuvenate after it was heavily logged for years on end is something that is important to Ivan Carter.

As a resident who has lived in the region all his life, Mr Carter said it was important for him that his children would be able to enjoy the forest as he had growing up.

He said one thing that was important going forward was education for forest users, but this would mean increased funding for those managing the parks.

“I do a lot of bushwalking, but there are a lot of problems with other forest users messing up tracks and driving bikes through waterways,” Mr Carter said.

“We just need to educate these people and teach them to respect the public land.

“Whilst the park isn’t perfect as it is now, it would be decimated if logging had continued here. It’s recovering from the state it was in in the past so this is another step in the right direction,” he said.

“There are a lot of issues to take into account with public land management like pulling out weeds and managing pest control. It is too big for any community group,” she said.

“Everybody is underfunded and its an ongoing problem. So we will be agitating for management groups to get more funding.”

She said the recommendations were not perfect.

“This is not a perfect world, but the main thing is that we are working to protect biodiversity.”